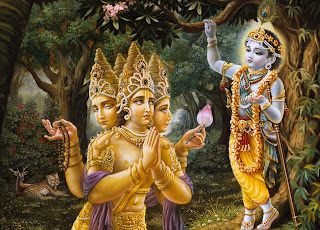 To personally witness God's pastimes and reaction means Lord Brahma was quite confused and wanted to check his mystic power, he thought to take test. One day Lord Brahma steals the boys and calves while they were all lunching with Shree Krishna and kept them all hidden and sleeping for one year...

Lord Brahma returned after a moment ( assumed as one year(per our solar calculation))to see what happened actually. Lord Brahma saw that Krishna had expanded himself and transformed into the many stolen boys and calves into Lord Visnu forms for this full one year, so that the mothers of his friends,cows are not disturbed and also to show lord Brahma the supremacy of Godhead.

Lord Brahma was so much perplexed and not able to understand the extraordinary mystic powers of Lord Krishna and then when God raised the curtain of maya Lord Brahma realized his actual position and offered his prayers to the Supreme Personality of Godhead. 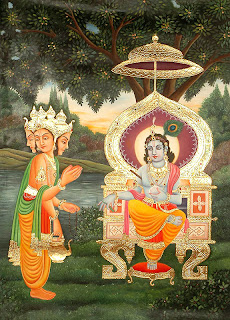 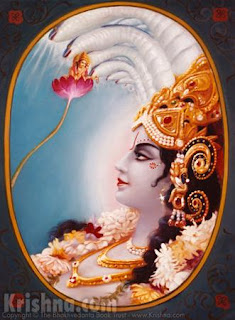 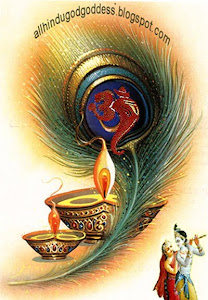 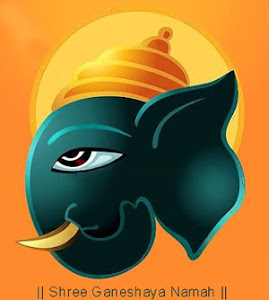 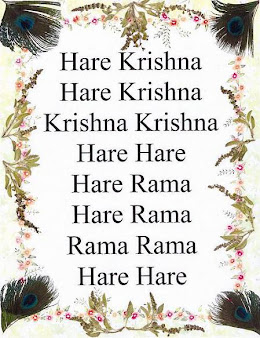 Barkha
Surat, Hindu, India
From this blog i just wish to share about Hinduism, Hindu Traditions and our all God Goddess. I'll try my level best to make everything available in my blog. Encourage me by giving comments if you really like it..